Home / History of Stand Up Paddleboarding (SUP) in 5 minutes

History of Stand Up Paddleboarding (SUP) in 5 minutes

A brief history of Stand Up Paddle boarding:

Please watch this video for a summary of the History of SUP condensed into 5 minutes:

There are many records of paddling in a standing position throughout history and it seems to come naturally to humans, it might just be in our DNA.

We will go over some of the earliest recorded history of humans standing up while paddling, a short history of SUP surfing in Hawaii, and how modern stand up paddleboarding and surfing has become so popular worldwide.

Fishermen in Peru and Ecuador used reed rafts for fishing and for going in and out through the surf around 3000 years ago. 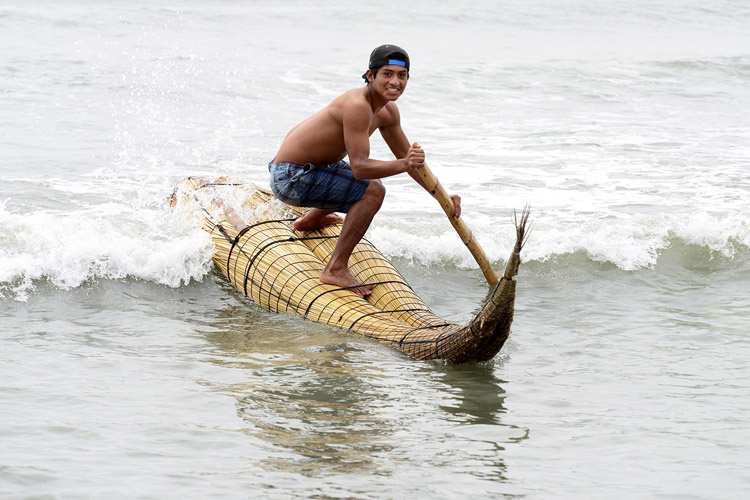 Hasake were used in Israel with records dating back to the roman empire.  Hasake are basically big SUP’s propelled with a two sided paddle. They are still being used by lifeguards in Israel today. 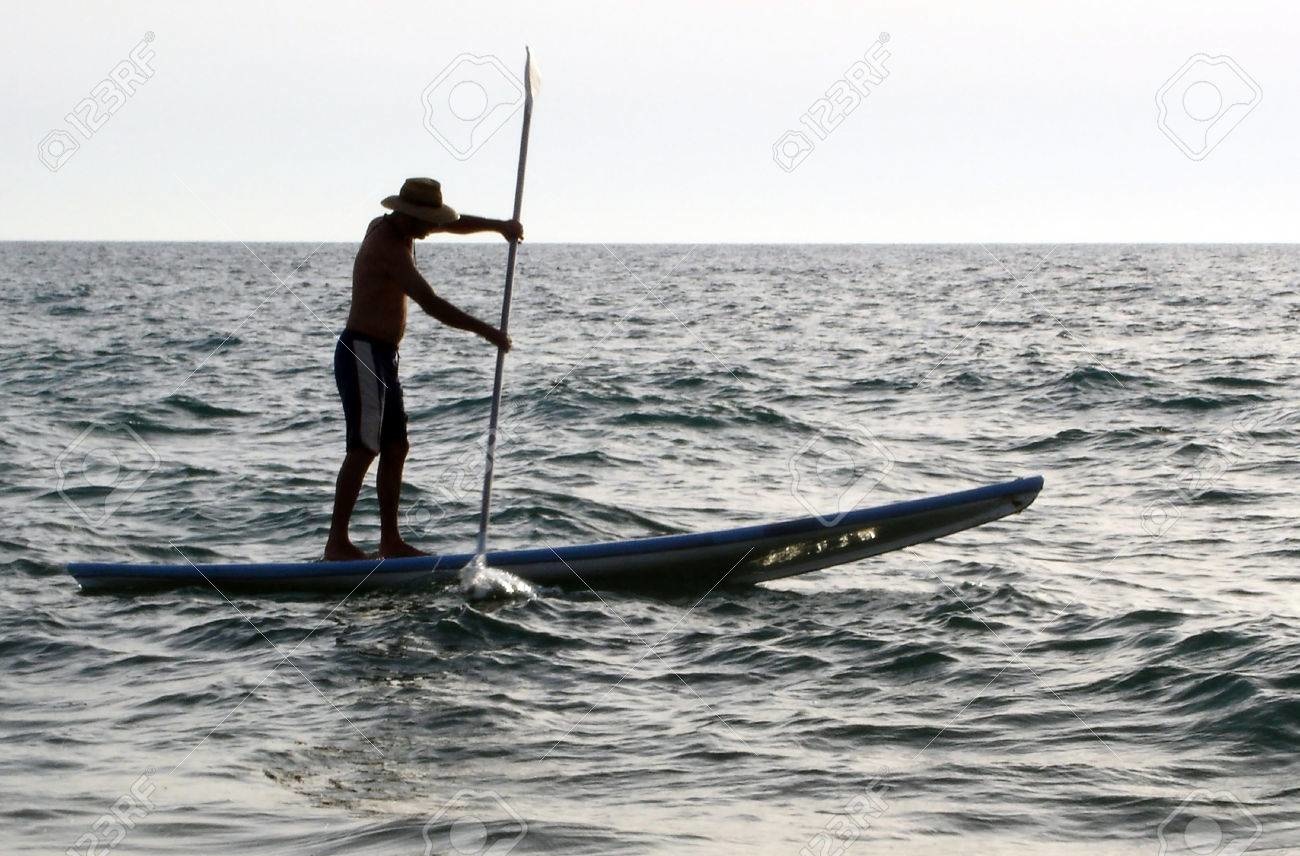 There are also many examples of native tribes that paddled standing up in dugout canoes. 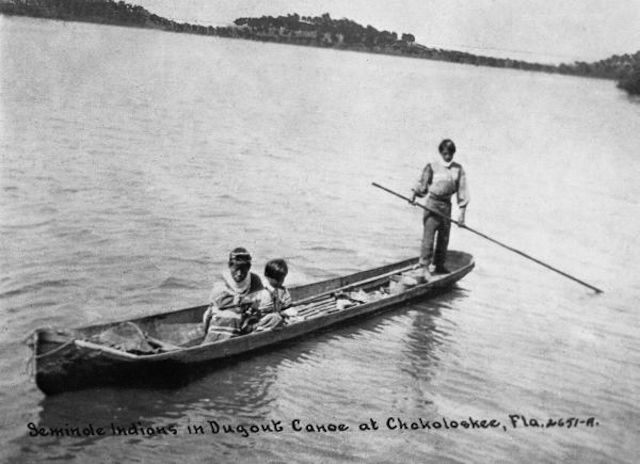 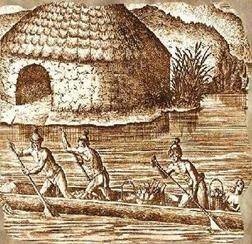 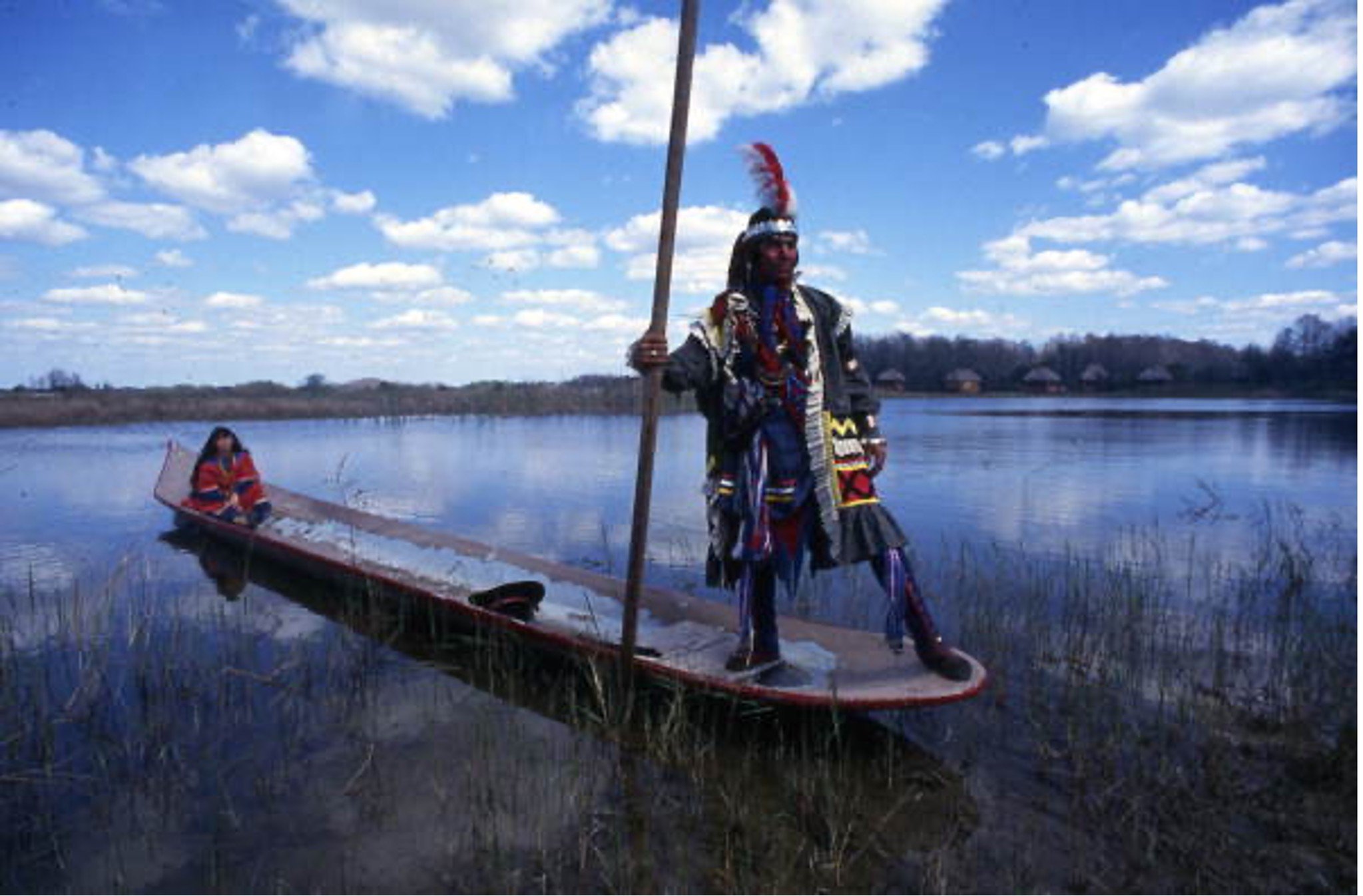 Also known as Beach Boy surfing, Stand Up Paddling emerged as part of the Beach Boy culture in Waikiki in the early 1900's, when the first hotels opened and the local surfers gave surf lessons to visitors arriving on steamships.

The most famous beach boy of all was Duke Kahanamoku.  The Duke introduced surfing to California in 1912 and then to Australia in 1914.  He was known as fastest swimmer alive with two gold medals in Antwerp, Belgium in 1920, and set many world records in swimming. 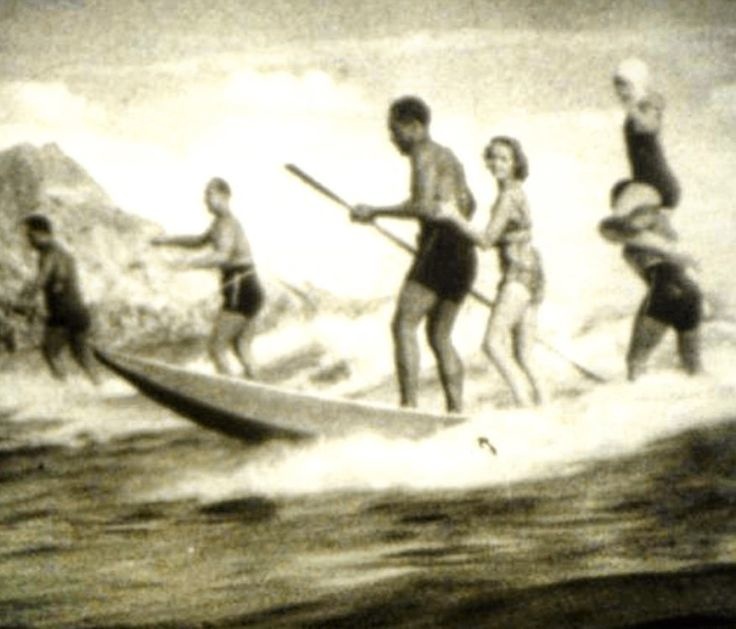 The Duke was also known to surf standing up on a big board, most likely a hollow wood surf ski from Australia that he received as a gift.  He used a long two sided paddle with a leash attached between the paddle and the nose of board in the 1930's as shown in the photo.

You can watch the 2022 movie "Waterman" about Duke Kahanamoku's legacy on PBN here: https://www.pbs.org/wnet/americanmasters/waterman-duke-ambassador-of-aloha-stream-documentary/21022/ 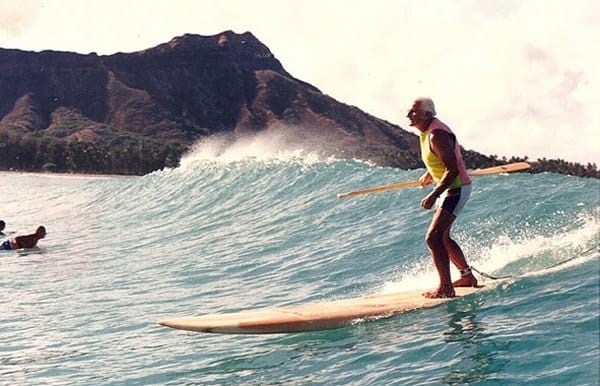 Inspired by the Duke, in the 1940, John "Zap" Zapotocky started using a big longboard and long, custom made wood paddles to surf in Waikiki.  He Stand Up Paddle surfed the rolling waves in Waikiki until he was 91 years old and witnessed the boom of his sport with the emergence of modern Stand Up Paddle boarding. 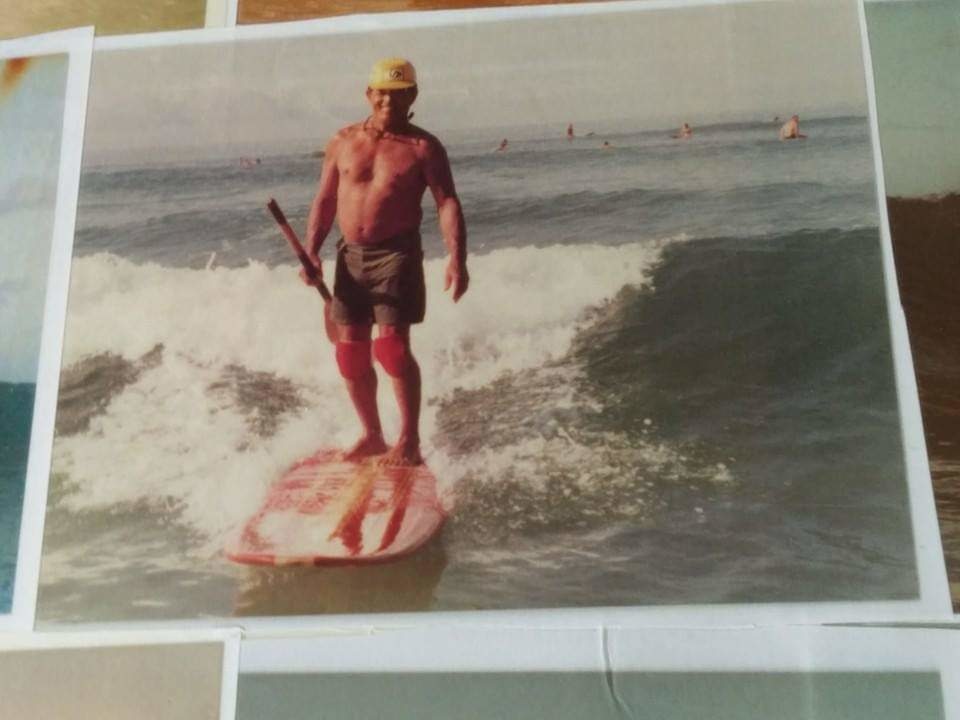 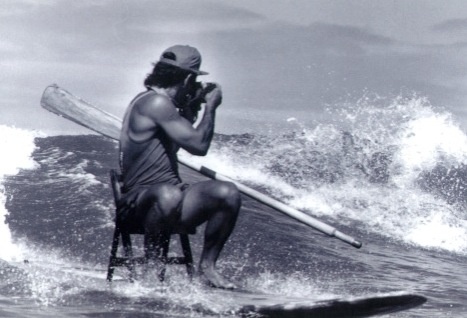 Pops AhChoi taking photos of tourists learning to surf while sitting on a chair on his SUP, using a long wooden Oar to paddle, classic! 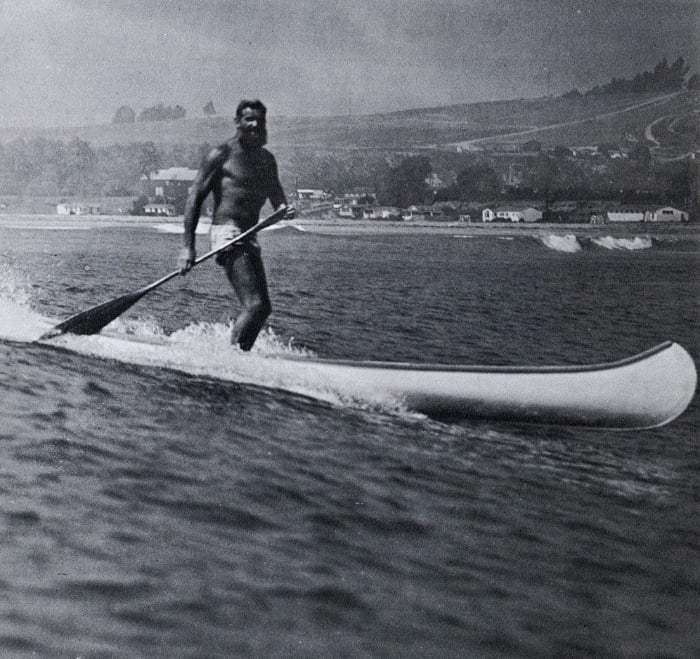 Another pioneer is Ron “Canoe” Drummond who surfed a canoe standing up with a paddle in Dana Point, California.  What a character!

More recently, Laird Hamilton and Dave Kalama picked up paddles and stood up on big longboards during an Oxbow photoshoot.  They had so much fun that they started designing and building specialized SUP boards and paddles and took them in the waves, starting a new watersports craze.  They kicked off the rapid rise of modern Stand Up Paddleboarding and its global popularity today.  That's why surfers like to "Blame Laird" for the popularity of Stand Up Paddle surfing. 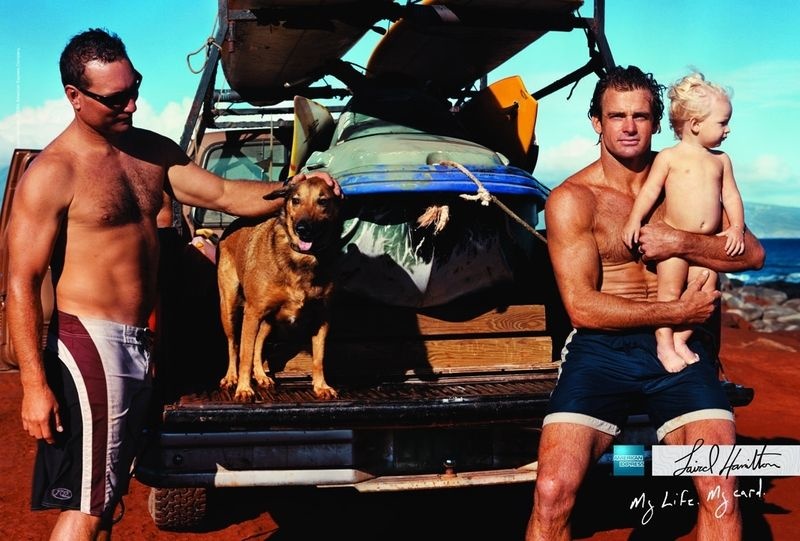 In 2003, Brian Keaulana added “Beach Boy Surfing” division to the annual Buffalo Big Board contest at Makaha (started by his father Buffalo Keaulana), which was probably the first official SUP contest and sparked rapid progression of the young sport with more specialized equipment. 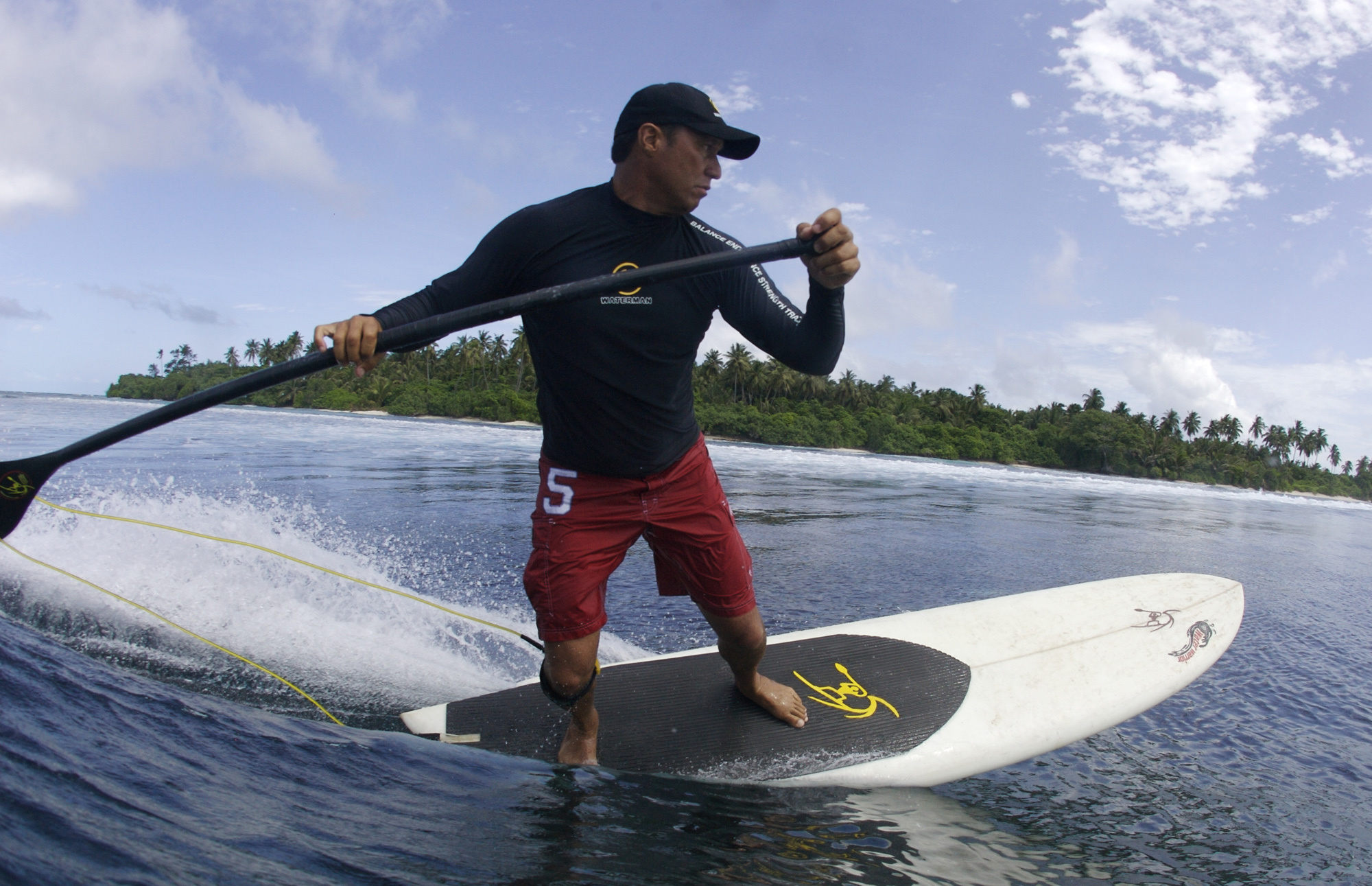 I was lucky enough to be involved in distributing the C4 Waterman boards, they were some of the first production SUP’s available to buy, which was around 2007. 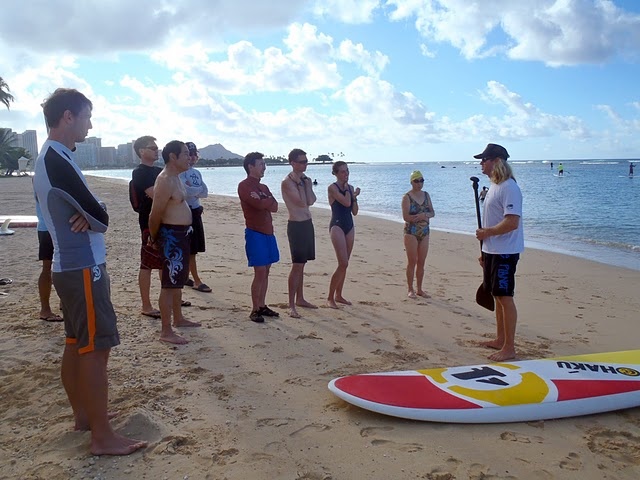 Before 2007, SUP boards were either custom made or very large longboards were used as SUP's. I was fortunate to be coached in SUP surfing and downwinding by early pioneers and C4 Waterman founders Dave Parmenter, Todd Bradley, and Brian Keaulana, and several other pioneers of the sport.

My friends and training partners Jeff Chang and Doug Locke opened the first dedicated Stand Up Paddle shop in 2007, Wet Feet in Aina-Haina.  We got into SUP downwinders and racing and Jeff and I coached a weekly SUP training group since 2012. 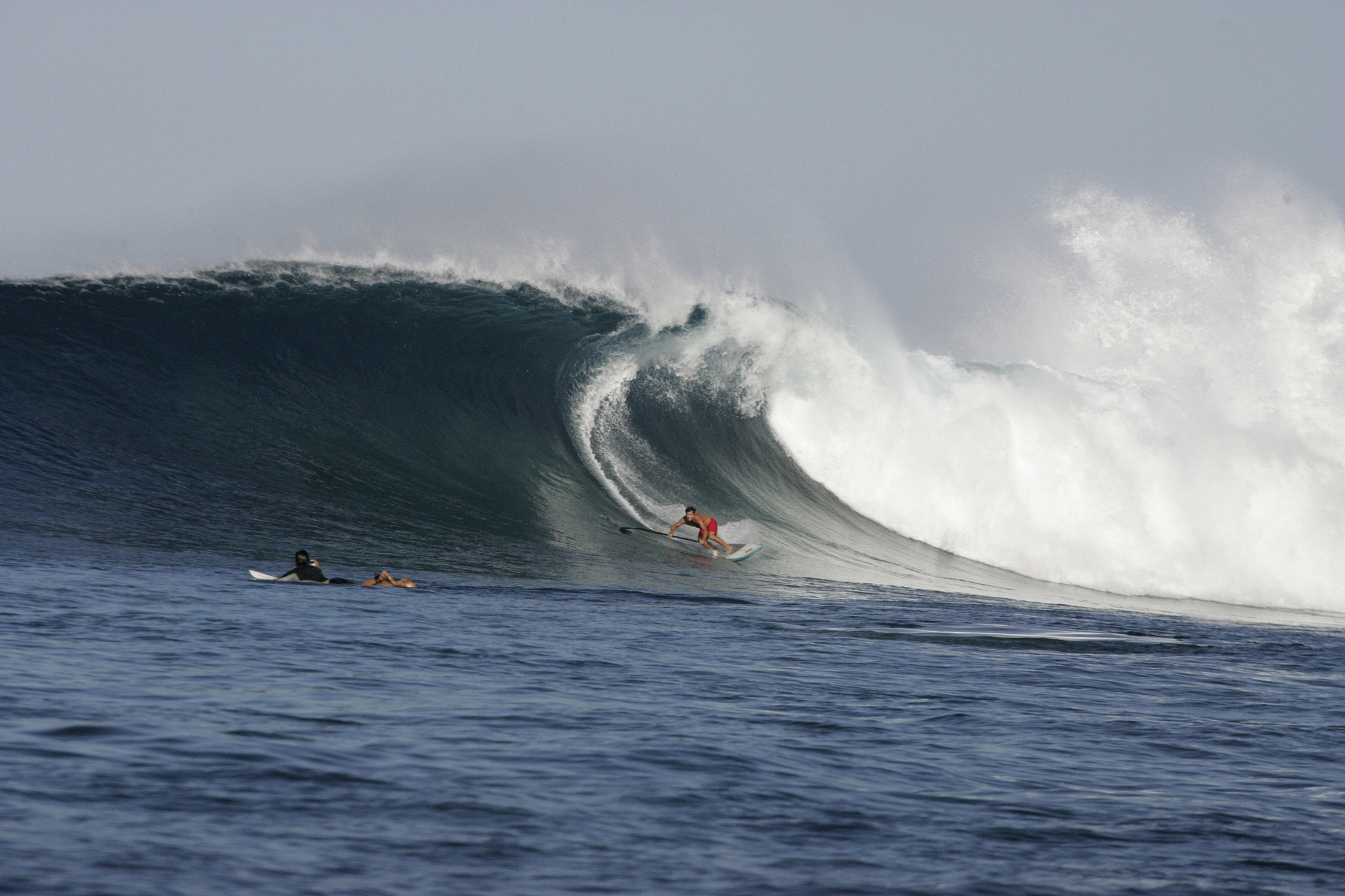 The early explosive growth of the sport had leveled off a bit here on Oahu before the pandemic but then blew up again during the shut downs.  Paddleboarding provided a safe way to get exercise while being socially distanced, leading to a worldwide boom in SUP use and sales in 2020 and 2021.

The Molokai 2 Oahu Paddleboard Word Championship Race added a Stand Up Paddleboard division in 2006.  Kevin Horgan won the race in 7:23:14

Watch this interview with Travis Grant before the epic race in 2015:

Gerry Lopez and Rainbow Sandals organized the first “Battle of the Paddle” race in 2008 with a unprecedented $25,000 prize purse.  The maximum board length was 12’6, which created a new category of boards.

these were the top 3 finishers of the first BOP: 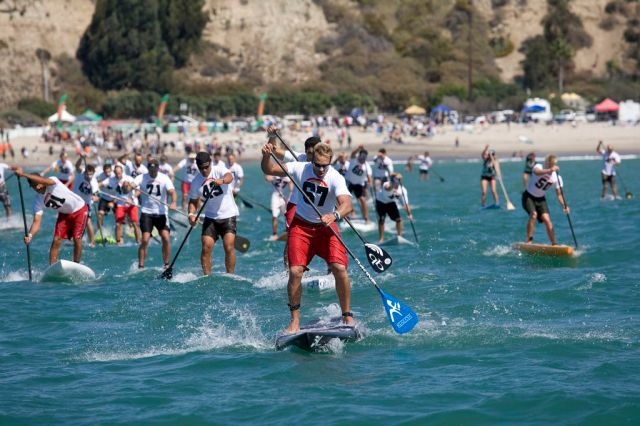 As of 2021, the global market for Stand Up Paddleboard gear is estimated at $1.4 Billion, growing at 10% annually, with the top 5 brands controlling a market share of about 15%

As of August 2022 the top 3 most liked Stand Up Paddleboard videos on YouTube (all proudly brought to you by blueplanetsurf):

Thank you for reading all about the history of SUP!

This post contains photos and videos found online under "fair use" for educational purposes. We can list the sources and/or copyright owners on request.

Here is a playlist videos on Sup History, including most of the clips used in this compilation:

Great footage! Some important missed info.: The video footage of the "big board" with the nose rocker that Duke was surfing with the double bladed paddle was a gift from  the Aussie life guards he trained. It was an early surf ski that the was an Aussie invention from 1914 in Port Macquarie.There was no mention of the folks who stand up paddled white water rivers of which there is a rich history from around the world. They do it on logs, bamboo, canoes, inflatable kayaks and most recently on SUP'S. 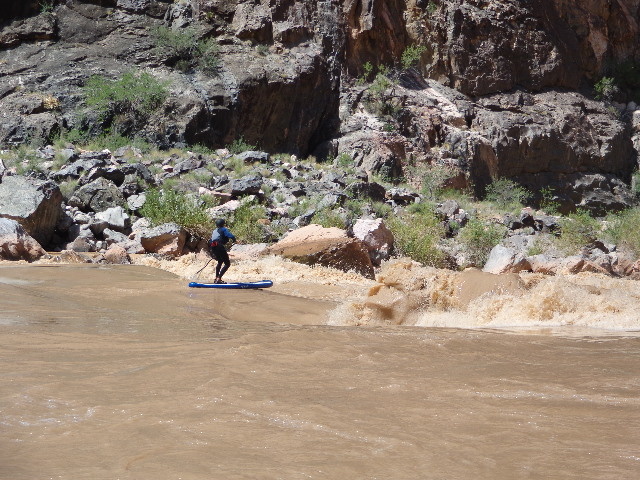 For more information on Stand Up Paddleboarding or to go on a paddle adventure, please come visit one of our shops on Oahu:

open 10 am to 5 pm Hawaii Time, closed Wednesdays and Sundays